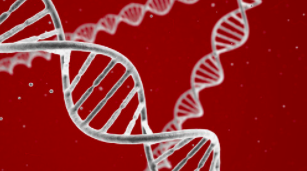 Posted March 8, 2017 by ClentLifeScience in ALL, CRISPR, DNA

At least a lot of people are. Including us. With the recent attention grabbing headlines about the incredible biotechnology innovation and what this will mean for life science industries now and in the future, these last few weeks have been pretty exciting.

CRISPR (enzymes which bacteria use to destroy viruses) essentially make it far, far easier than ever before for scientists to be able to edit DNA in living cells.They show up as short, repeated sections of genetic code and were initially discovered in the 1990’s before their function was further identified in the 2000’s.

The realisation over several decades that clusters of regularly interspaced short palindromic repeats (CRISPR) frequented the DNA of bacteria was compounded by discoveries made by Phillipe Horvath and Rodolphe Barrangou whilst trying to improve methods of producing yoghurt. Noble work indeed.

They found that the bacteria was holding on to and using parts of the genetic codes of viruses attacking them and using them to destroy the viruses when attacks occurred.

To put it simply, they’d found an immune system used by bacteria, one which could be harnessed and utilised to target specific parts of code and with the right techniques, change and alter DNA.

The ramifications of this discovery and the amount of subsequent research aiming to find the enzyme with the capability to cut genetic material was naturally staggering.

Emmanuelle Charpentier (of UC Berkeley) and Jennifer Doudna (at Umea University of Sweden) published their findings in August 2012’s issue of “Science” after doing exactly that and named the protein they had found to cut DNA cleanly and easily CRISPR associated system 9 (cas9). It’s Crispr-Cas9 which has caused such a stir recently.

Shortly afterwards, in early 2013 papers were published by Feng Zhang (of the Broad and George Church at Harvard) which discussed Crispr-Cas9 being utilised in human cells.This has lead to a lengthy court case over the patent claimed by Zhang and scrutiny over whether or not it was claimed as a result of those filed previously by Charpentier and Doudna.On Wednesday 15th February 2017 it was ruled that Zhang’s patents were valid, leading to shares in the company licensing the patent rising and those licensing intellectual property from Doudna and Charpentier falling.

The possibility and incredible potential of being able to eliminate diseases and pathogens through editing DNA in plants, fungi, animals and humans is, to put it mildly, a groundbreaking and phenomenally lucrative concept.

The application of this breakthrough and the race to utilise it in practice could yet prove to be a long and drawn out process in the US considering both the lack of approval or funding to date on any form of gene therapies (those which remove, genetically modify and then re-inject, or genetically alter cells) and the issue of licence fees. However here in the UK there’s been a very recent and somewhat controversial breakthrough…

For the first time in history a licence application to perform “genome editing” has been approved by The Human Fertilisation and Embryology Authority (HFEA). Kathy Niakan (a stem cell scientist working at the Francis Crick Institute in London) will be allowed to study embryos donated by couples who have a surplus following IVF treatment for 14 days using Crispr-Cas9.

Niakan will be using it on early stage embryos and studying the effects which modifications have on the development of these cells. She will not be allowed to implant these cells into women, however her work could help further our understanding of how embryos develop, reasons for miscarriage and infertility in ways never previously accessible.

It will also provide invaluable insights into the technique itself, which can be used in future studies made possible by CRISPR.

Responses to the decision from a variety of organisations and individuals on ethical grounds point out the controversy and uncertainty which surrounds the topic of genetic modification, however the decision has been praised by a number of bodies, several of whom have placed importance on the balance shown as part of the decision to approve, between ethical considerations (an ethics committee was also required to approve the application separately to the HFEA) and the benefit the study will have to research. Darren Griffin (Professor of genetics at the University of Kent) described the move as a “triumph for common sense”.

The debate on genetic modification will undoubtedly continue to unfold in the months and years following this decision. One thing is absolutely clear, these are exciting times for biotechnology around the world and here in the UK, we could be on the cusp of some incredible and quite literally life changing discoveries.

Thanks for reading. Until next time, here’s Jennifer Doudna’s TedTalk on CRISPR to top up your excitement 🙂