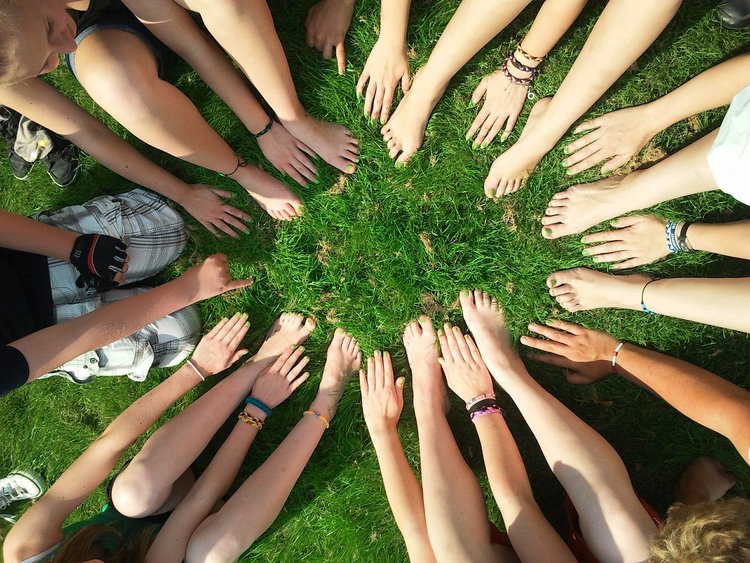 Posted April 18, 2017 by ClentLifeScience in ALL, DNA, SCIENCE

Some of the most well-known and arguably most important scientific research in our recent past has been born from a long and ongoing swell in international collaboration.

As 25th April is also international “DNA Day”, the day on which, over 60 years ago, the structure of the DNA double helix was identified and published by Francis Crick and James Watson (1953) we thought this would be the perfect time to look at collaboration in genomics and other spheres of scientific interest. It’s also the day that The Human Genome Project was declared complete, but more on that later.

There’s been a notable rise in new and evolving cooperative research networks, as well as papers published whose authorship transcends borders in ever widening circles since the 1990’s. This allows for the sharing of huge amounts of data, affecting the way scientists work and ultimately upping the ante in terms of tackling the wealth of issues we’re facing as a species.

The benefits of this meeting of minds on a larger scale and all that arises from it, from the ability to pool resources and share data to the promotion and development of strong networks has become commonplace, enabling the successful completion of some of the most important and groundbreaking projects of our recent past.

Chromosome 22 was an internationally collaborative project which saw the first ever chromosome ordered (decoded and then assembled, or “sequenced” back in 1999. 6 countries were involved: The US, UK, Japan, France, China and Germany.

Following on and inspired by this achievement was one of the most ambitious projects undertaken to date: The Human Genome Project. This was started in 1990, the first “draft” completed back in 2000, with the 3.2 billion base pairs in the human genome sequenced years before it’s deadline and significantly under budget. The Human Genome Project was an enormous international effort aiming to decode the entire human genome (collective of genes) in order to gain a fuller understanding of what makes us “us”. Mega projects like this enable achievements otherwise unlikely in terms of the amount of money and manpower needed in order to make them happen, so it’s easy to understand how and why they develop.

The Human Genome Project, despite initial skepticism over wether or not the benefits of its findings would render the enormous costs involved worthwhile, is now widely accepted as a huge success with far reaching benefits including the development of technologies employed in DNA sequencing and the incredible potential of DNA based personalised medicine.

Accessing the information gathered as part of large scale work such as this is imperative if the benefits of it’s application are to be maximised. The “Bermuda Principles” (so named because they were decided upon at a summit in Bermuda in 1996, which makes sense), have helped to redefine how data’s handled and made available as part of substantial human sequencing projects. It was decided that all information should be accessible and in the public domain within a day of being gathered/processed. This accelerated access changed things in genomics forever and also made sure that the after effects of the Human Genome Project were as positive and far reaching as they could be, cementing a notable prioritisation of all that shared knowledge can achieve.

There’s also been a huge rise in international collaboration in co authorship of research papers, for example between 1996 and 2007 the percentage of papers with one than one contributing country rose from 25% to 35%.

It’s been proven that internationally co-authored articles are cited a lot more frequently than other articles (Narin et al, 1991), but there are clearly more far reaching reasons for this aside from recognition. Funding has increased across the board and understandably there’s more of a need for support and cooperation in developing countries with more limited resources so pairing up with one or more countries makes absolute sense. The amount of cited publications also suggests that the quality of what’s being published is increasing as a result of cooperative work too.

According to the paper “Network Structure, Self-Organization and the Growth of International Collaboration in Science” By Caroline S. Wagner and Loet Leydesdorff (Amsterdam School of Communications Research (ASCoR) University of Amsterdam, 2004) reasons for International Collaboration stem from a myriad of circumstances and are shown to be reactive to what’s needed most. To put it simply, we’re reacting to international issues in a way that will allow us to best organise and facilitate adequate solutions to those problems.

If an issue which spans many countries needs to be addressed urgently, and data is needed from each of those countries in order to tackle it, then we place emphasis on gathering and sharing that information internationally. This is underpinned by the steepest rise in collaboration taking place within the field of virology, suggesting that pandemics like Zika are fueling joint work in a huge way.

Other factors suggested by Wagner include wider public support of scientific endeavors and the need of institutions and countries with fewer economic resources to “chum up” with those who have a more sure footing in terms of funding and credibility.

There’s also the increased spend on science throughout many countries, (a relatively new change for many) and an increasing number of researchers which many countries have enjoyed, which has also lead to the US no longer producing the most papers in the world for engineering and natural science (it’s now China as of 2011, in case you were wondering..)

Wagner has continued to study the rise of international collaboration in science and made an important speech earlier this year at the annual meeting of the American Association for the Advancement of Science in which she pointed out that almost all scientific fields are experiencing the same phenomenon.

Communication has of course been revolutionised by digital channels, project management systems and the web, allowing scientists to organise and collaborate between teams and countries with ease, but whilst on the subject of tech and bio-research we also absolutely need to talk Open Science and Bioinformatics to give an accurate depiction of the current landscape.

There are now many systems, platforms, databases and apps out there at scientist’s fingertips which facilitate Open Science, the main 4 goals of which have been set out by Dan Gezelter (2009) as:

Since the rate, quantity and types of data being produced from research is increasingly astronomical it makes perfect sense that methods of collecting, sharing and processing that data has become an integral part of the vernacular.

As defined in the OED “(Molecular) bio – informatics: Bioinformatics is conceptualising biology in terms of molecules (in the sense of physical chemistry) and applying “informatics techniques” (derived from disciplines such as applied maths, computer science and statistics) to understand and organise the information associated with these molecules, on a large scale. In short, bioinformatics is a management information system for molecular biology and has many practical applications.”

A perfect analogy and explanation for this parallel in developed computational system use and biological discovery, as described in “What is Bioinformatics? An Introduction and Overview” (N.M. Luscombe, D. Greenbaum, M. Gerstein Department of Molecular Biophysics and Biochemistry Yale University New Haven, USA, in the Yearbook of Medical Informatics 2001) is that:

“Life itself is an information technology; an organism’s physiology is largely determined by its genes, which at its most basic can be viewed as digital information”

Many organisations and platforms have been set up with this in mind, particularly in the field of genomics.

Repositive is a social enterprise born out of DNAdigest, a charity working to promote the sharing of human genomic data through education and promotion. DNAdigest say:

“While data output is flooding research centres around the world and genomics results are published in highly prestigious journals, the sharing of the data that enables this research is embarrassingly limited” and clearly, what’s the use of cataloguing years of intricate research if it can’t be part of a burgeoning discourse?

Repositive’s tagline “We work for efficient and ethical access to genomic data” reflects the overarching aim of simplification of the process of accessing data which can then facilitate the best possible application and use of existing and current research.

Their savvy system allows users to navigate their 1,138,866 Human Genomic Datasets and encourages commentary and discussion on reports and data added, prioritising ease of use and engagement of users on an ongoing basis. It’s entirely free to use and data is categorised in data sources and collections, as well as by project.

An increasing range of platforms offering access to specific data sets exist, such as OMIM (Online Mendelian Inheritance in Man – An online catalog of human genes and genetic disorders) and Uniprot which provides the same sort of system for proteins and is a collaborative effort between the European Bioinformatics Institute (EMBL-EBI) and the Protein Information Resource (PIR). Platforms are flourishing and could well prove to be the end of paid only access to journals, allowing for easier and freer use and citation of findings and papers.

The ways that researchers are able to use the mind-blowing amounts of research being undertaken, the methods we have of storing and sharing it and the algorithms crafted as approaches to analysing it are complex, developed and constantly improving. Just as The IRRI (International Rice Research Institute) joined forces and helped to limit predicted mass famine in Asia in the 1970’s by developing a high yielding variety of rice, networks of passionate scientists continue to dedicate their work to facilitating change through an increasingly shared and actionable understanding of the natural world, both in and outside of the genome. As DNA Digest pointed out, “there may be several big genetic discoveries “out there” already sequenced, but not discovered”. The fruits that years of genomic research will bear remain to be discovered, but we have an ever growing and increasingly organised and accessible treasury of life saving data that scientists draw upon, contribute to and use to push forward against some of our biggest problems.

Thanks for reading, until next time!