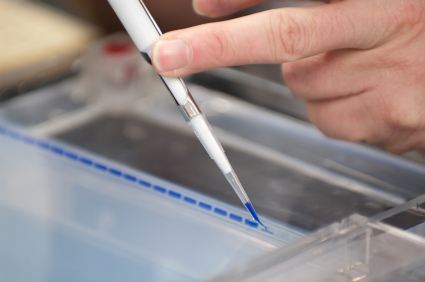 A Brief Homage to PCR

We’re no strangers to PCR (Polymerase Chain Reaction) here at Clent Life Science and if you’re reading this, chances are you aren’t either.

The enzymatic assay is used to create multiple copies of a specific segment of DNA from a complex combination of DNA molecules. It’s still celebrated as one of the most important developments in biological/life science to date. It’s enabled some incredible discoveries and developments, including The Human Genome Project, the detection of pathogens and has enabled the correct identification of horrible criminals. It’s basically a bad man catching super assay.

We’ve put together the following as a homage to PCR and all it’s facilitated.

Not only is PCR a pretty universally useful biological method, it’s also been celebrated as a fantastic example of teamwork and harmonised action by several scientists over a number of decades looking for the greater good and collaborating in order to reach an end goal. Aww. 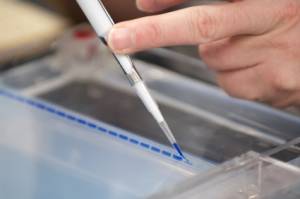 A bit of background..

PCR essentially enables the scientist to create an exponentially large amount of DNA from a tiny sample, which revolutionised the process for molecular biologists working in biological and medical research labs.

Having multiple copies of a particular segment of DNA eases research through making it far quicker and easier to carry out testing such as sequencing, analysis and cloning.

The PCR assay was discovered by Dr. Kary Mullis, who stated that it “lets you pick the piece of DNA you’re interested in and have as much of it as you want” (Mullis, 1990).

Mullis was clearly speaking and thinking in pure genius; allowing the first spark of ideas to begin to develop that would later flourish, merge and become defined as PCR as he drove along a highway in California. An eccentric and passionate scientist, Mullis went on to win the Nobel Prize in Chemistry (1993) for his work. As described in his autobiographical account of how he developed PCR (along with much of his somewhat controversial opinions on a range of scientific issues and discoveries) “Dancing in The Mind Field” he was also nearly arrested in Sweden on the day he received his Nobel Prize for using a laser pen to confuse Swedish pedestrians from his 3rd floor hotel room window.

Some of the central reasons that PCR has been so revolutionary is that it’s easy to understand, has been elaborated widely and has such far reaching applications: Cloning, paternity testing, forensic, genotyping, mutation detection and sequencing.

It continues to be used by millions of scientists around the world, integral to the incredible discoveries that are changing and progressing the way we live and function in the world around us, with all of its challenges. Here’s to PCR and everything it’s yet to show us.

A history of PCR and some of it’s key accomplishments

April 25, 1953 – Watson and Crick publish “a radically different structure for DNA” which involves a double helix. They win the Nobel Prize in 1962.

By 1957 – Arthur Kornberg has identified the first DNA polymerase. He won the Nobel Prize in 1959.

Early 1960’s – The discovery of the Genetic Code takes place, helped by Gobind Khorana who goes on to start a project designed to synthesize a working human gene. Many of the techniques which would later be used in developing templates for DNA polymerase are established. Khorana gets the Nobel Prize in 1968.

In 1969 Thomas Brock isolates a species of bacterium from a hot spring in Yellowstone National Park. He names it Thermus aquaticus (Taq), it goes on to become a standard source of enzymes able to withstand higher temperatures than those from E. Coli.

In 1970 a modified version of DNA Polymerase I from E. coli is reported which, when treated is biased towards synthesizing DNA rather than degrading it

By 1971 researchers in Khorana’s project begin looking at “repair synthesis” – an artificial system of primers and templates that allows DNA polymerase to copy segments of the gene being synthesized. (A process has been discovered to multiply DNA, although not exponentially)

By 1971 Kjell Kleppe describes a two primer system which could possibly lead to the replication of a targeted segment of DNA.

In 1971, Cetus Corporation is founded in Berkeley, California and begins work on microorganisms for food, pharmaceutical and chemical manufacture before developing projects on diagnostics for genetic mutations and the cloning and expression of human genes.

In 1976 a DNA polymerase is isolated from T. aquaticus which maintains activity in high temperatures.

In 1977 a method for determining the sequence of DNA was reported by Frederick Sanger. He is awarded the Nobel Prize in 1980.

In 1979 Cetus Corporation hires Kary Mullis to synthesize oligonucleotides which are to be used as primers for DNA sequencing amongst other functions. He does this by hand before looking into automated synthsizers.

By May 1983 Mullis envisions an alternative technique based on Sanger’s work and thinks about the potential of adding a primer on the opposite DNA strand and the chain reaction of replication for a specified segment of the genome.

In 1983 Mullis tests his ideas, initially without thermal cycling then later with it.

In 1984 Mullis presents a poster on the production of oligonucleotides showing some of the results from his experiments with PCR. He gets into a fight with another researcher and is removed from his position as head of the oligo synthesis lab.

In 1984 Mullis works with Tom White (Vice President of Research at Cetus) and they develop ways of proving that PCR is working on DNA.

In November 1984 Southern blotting analyze the amplification and successfully recognise the process. This enables them to find the perfect conditions for the reaction and are able to prove that only the small targeted segment of DNA is being replicated.

In 1985 After unsuccessful attempts by Mullis Susanne Stoffel and David Gelfand at Cetus succeed in making the polymerase, and it is immediately found to support the PCR process.

In 1986 Edward Blake (Cetus) works with the FBI to use PCR to analyze criminal evidence. Old DNA is successfully matched to perpetrators. Blake uses PCR in “Pennsylvania v. Pestinikas”. This is the first use of PCR in a criminal case.

In July 1987 After being asked to provide more results Mullis works with the whole development group and patents are eventually approved.

In November 1987 a press release announces that the “PCR-1000 Thermal Cycler” and “AmpliTaq DNA Polymerase” are available to purchase commercially.

In 1987 John Sninsky (Cetus) has a test published based on his work using PCR which measures the quantity of HIV in blood. Blood can now be screened for the HIV virus and the effects of drugs monitored.

In 1987 Russ Higuchi amplifies DNA from a human hair.

In 1989 Norm Arnheim runs mutiplex-PCR on single sperm to analyze the products of meiotic recombination. These single-copy amplifications become integral to the study of ancient DNA and the genetic typing of preimplanted embryos.

By 1989 Alec Jeffreys uses PCR to increase the sensitivity of DNA fingerprint testing enabling PCR to begin to help to prove the innocence of individuals serving undue jail time and in correctly identifying criminals.

For many years this paper is the most cited publication in biology.

In 1991 Cetus is sold to biotech company Chiron. Rights to PCR patents are sold for USD $300 million to Hoffman-La Roche

In 1993 Kary Mullis is awarded the Nobel Prize in Chemistry